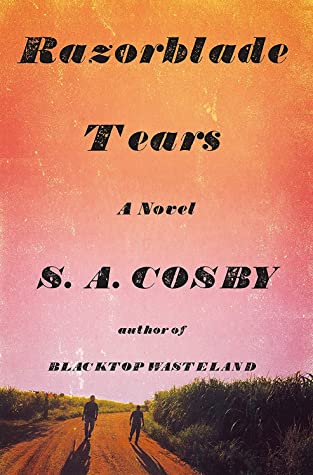 “Folks like to talk about revenge like it’s a righteous thing but it’s just hate in a nicer suit.”


Synopsis in Two Sentence:
Buddy Lee and Ike Randolph are ex-cons looking for vengeance after their sons were murdered in cold blood. They won't stop until whoever killed their children is put in the ground.

My Thoughts:
Razorblade Tears is a fast paced, heart pounding and touching story.  It's full of so much action that I felt like I was sitting in front of the big screen at a movie theater. I found out after I finished that it's going to be adapted into a film and let me tell you... it's the perfect story for a movie! The descriptions are so vivid I could see them playing out before my eyes. The author is thought provoking in how he weaves racism, classism and homophobia throughout his story, allowing his characters (and his readers) to learn and grow.  I loved watching the friendship between Buddy Lee and Ike develop as well. This book made me feel so many different emotions.  I can't wait to read some of his other books.