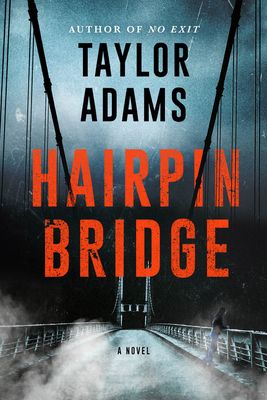 Lena is on a quest to find out what happened to her twin sister Cambry.  According to the police, Cambry, drove to a bridge and jumped.  Lena doesn't believe the story that Ray Raycevic, the local cop has told.  Lena believes that Ray killed her sister and she determined to confront him.  Lena doesn't believe her sister killed herself because an hour Cambry died she attempted to call 911 sixteen times but unfortunately she had been in a dead zone.  Lena also received one final text from her sister once her body was moved and no longer in a dead zone.  It read: Please Forgive Me. I couldn’t live with it. Hopefully you can, Officer Raycevic. Lena will do anything she can to get to the truth.  Even if it means endangering herself.

There were definitely a few heart pounding moments in this story which I loved. This author knows how to write scary characters that will keep you awake at night or give you nightmares. I will give him that.

That's kind of where it stops for me though. I think the author had a good idea but the delivery just wasn't great.  There were many plot holes and parts that either didn't make sense, didn't need to be in the story at all or are so far-fetched that it leaves the reader saying "yeah right ok."

I found it hard to follow at times because a chapter would be labeled "Lena" but then be in the perspective of someone else.

The story is told three different ways. The first is real time where Lena is going to confront Ray about her sister.  The second is Lena and her blog where she shares what she is going to do.  She technically wrote this blog post before going to confront Ray because she's confronting him in the place her sister died and theres no internet service.  The last is her Cambry's story which is told from Lena's perspective. Lena writes this story after her experience.  So basically, the 3 different ways the story is coming together is all from Lena's perspective. I feel like this whole story would have been better had it been dual timelines from Lena's and Cambry's perspective.

There is a lot more I want to say about this book but I can't because it would contain to many spoilers. Again. Good story. Good Characters. Bad Delivery.