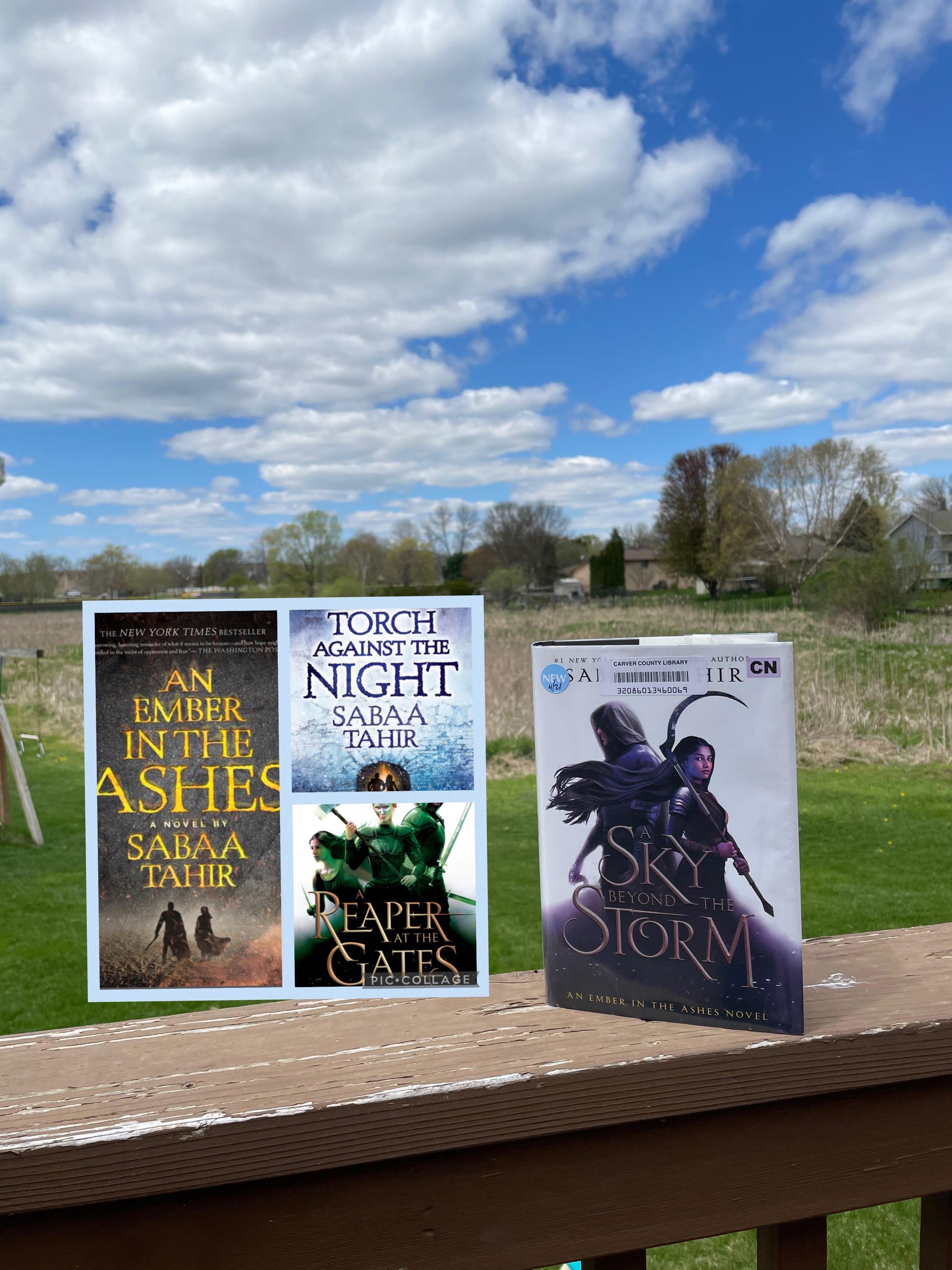 I am not the best when it comes to reviewing a book in a series.  I usually avoid it because I find it hard when the story and world building is already established. Once I get passed the first book I worry about spoiling things for people who still want to read book 1.  I thought I'd just say a few things about this series though.

I read the first book, Ember in the Ashes in 2017.  It was the year that I got back into reading.  As a kid I was always a reader. I remember checking out so many library books that my mom would say there was no way I'd read them all. Sometimes she was right. haha.  Once college hit and adulthood in general I really didn't read much if at all.

In 2016 I started to read more consistently, I heard about Goodreads and then set my first reading goal in 2017.  I read 52 books that year (seem crazy to think about now as now I read 2-3 books a week on average).

I think I heard about this series in an article I read that was titled something like "If you liked Harry Potter then you will love these!"  I read Ember in the Ashes and Torch Against the Night that year and Ember in the Ashes was one of my top reads. I had to wait a bit for Reaper at the Gates because Sabaa Tahir was still writing it and then I had to wait FOREVER for A Sky Beyond the Storm (almost 3 years).

When I picked A Sky Beyond the Storm I was nervous.  There have been so many series (which will remain nameless) where I felt the author did a terrible job of closing out the series OR I just felt meh when I finished.  Some of these series I love but quit recommending them because of how the author finishes. I didn't want to hate the characters and stories I had grown to love when it came to Ember In the Ashes.

I was blown away.  This entire series from the world building to characters to storyline were amazing.  The ending was astounding.  I can't recommend this series enough. Sabaa Tahir is truly brilliant. Although I'm sure she needs a long nap after this extraordinary series I look forward to another.  This will be a series I re-read for sure!