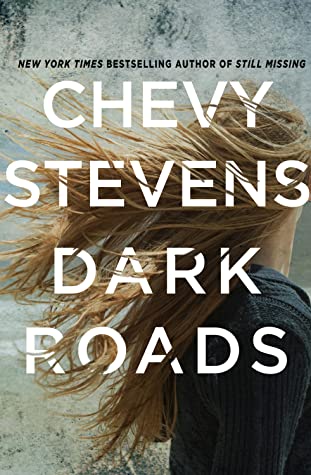 Dark Roads is a dark chilling story about a serial killer that likes to stalk and kill women on Cold Creek Highway.  No one knows who is responsible, just that it's been going on for decades.  The story is inspired by Canada’s Highway of Tears where over a dozen young women, mainly Indigenous have disappeared for decades.

There's a shady cop and some pretty badass women who are not only trying to find the bad guy but also want to take down the bad cop. Also an awesome sidekick dog named Wolf.

The story is very detailed and descriptive; the reader could really picture the Canadian landscape. I feel like some of the characters could have used a little more development as well some of the relationships between the characters but I really loved Hailey's character and her dog Wolf.

The story is a little slow at times but you can tell that the author poured her heart and soul into the story. The epilogue really pulled on your heartstrings.

Overall a pretty solid thriller.  I kept going back and forth between 3 and 4. I think the author's note at the end sealed the deal for a 4 star read.