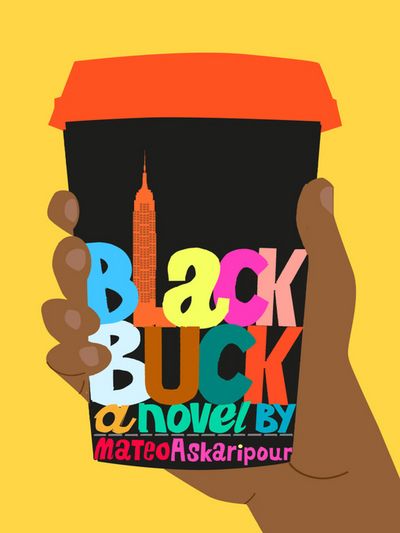 Darren is in his twenties and lives with his mother.  He was the valedictorian if his high school class. As a result, Darren's mother has always told him to dream big. He has spent the last four years working at Starbucks when a white man named Rhett walked in to get a coffee. Rhett is the CEO of a start up company Sumwun. When Darren gives a sales pitch on a better coffee option, Rhett sees something in Darren and convinces him to join his company in sales.  When Darren arrives he realizes is the only Black person working at the company. He starts going by Buck and feels like he has something to prove.  His friend and family start to no longer recognize the person he's become and when tragedy strikes Buck feels like he has to make some changes.  He has an idea to help more young people of color get into the sales force. It sets off a chain reaction of events. This is a debut novel you do not want to miss.

This story had me hooked right from the beginning.  I acknowledge that I am a white woman and can't really know how a person of color feels but I will say that Askaripour hit the nail on the head with how I think a Black man would feel in situation Buck found himself in when he began his training at Sumwun.  It all felt very realistic to me and I found myself thinking, I bet this happens everyday in offices around the world.  I found myself loving, then hating then loving the main character, which I think is the point. I feel like this book touched on some meaningful topic in such a thoughtful way.  This was a stunning debut novel and I can't wait for more books by Askaripour.